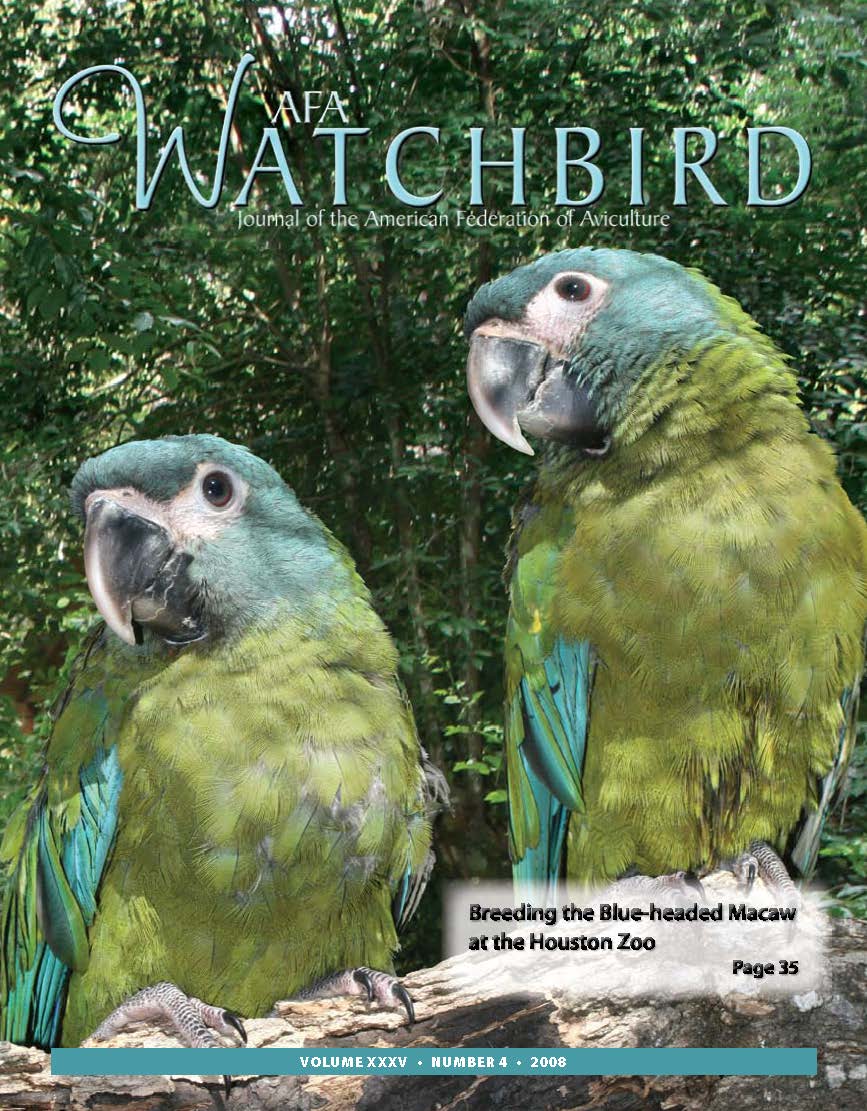 In the annual Board Meeting, the meeting of the scientific advisory committee of the Loro Parque Fundacion (LPF), it was decided this year to support parrot conservation projects world-wide with a record sum of 840,000 euros as a budget for the year 2009.

For this reason the Loro Parque Fundacion has for years been a leading organization worldwide regarding parrot conservation projects and the support of endangered species. Numerous examples where the funding of conservation projects has resulted in the recovery of wild populations validate the LPF policies and encourage the staff to continue the chosen path with determination.

This is how, for example, the populations of Ognorhynchus icterotis, Anodorhynchus leari and Cacatua haematuropygia have recovered, which can be attributed to the support by LPF of determined measures. However, currently there are numerous focuses in parrot protection world-wide, and therefore the scientific advisors of LPF made it their duty to help primarily where the funds are needed most urgently to avoid the extinction of any parrot species.

In the course of the two-day meeting the President of the LPF, Mr. Wolfgang Kiessling, inaugurated and handed-over officially the new breeding centre for the Spix's Macaws. The new centre will offer the possibility to breed Spix's Macaws on a bigger scale, although at present only six birds are held by the LPF and the centre has eight large aviaries all with broad interconnections that can be opened depending upon need. Thus, all the aviaries can be connected to create a complete flight area, or all separated to permit the accommodation of up to eight breeding pairs.

The areas between the aviaries are planted, so that the vegetation creates a natural protected environment for the macaws. Thus a trend-setting enclosure has been created according to the latest knowledge, as a matter of course including all necessary safety precautions, such as cameras and a manned guardhouse.

The LPF was represented at the beginning of November in the large federal exhibition of the VZE (Federation for Breeding and Preservation) in Chemnitz, Germany with Dr. Matthias Reinschmidt and Inge Feier providing information. The attendance at the stand was enormous. In three presentations the Loro Parque curator presented the work of the LPF in the wild and in the breeding centre in Tenerife.

The LPF positively seeks direct contact with breeders, because in the long-term the zoos alone cannot receive and breed the variety of parrot species in captivity. Here a close cooperation between the breeders and the zoological parks is necessary. This is recognized by the LPF and it has found in the VZE a federation which likewise pursues these goals and places conservation breeding programmes at the centre of its work.

At present the annual stock control is in full swing at the LPF. Once a year at the end of the breeding season each bird is removed from its aviary. The veterinary surgeons of the Loro Parque take a blood sample, for all the usual virus tests which are carried out in Loro Parque's own laboratory, and make a cloacal swab report about the bacterial profile of the bird. In addition, a description is made of the physical condition, such as body weight, plumage condition, and evaluation of condition of nourishment.