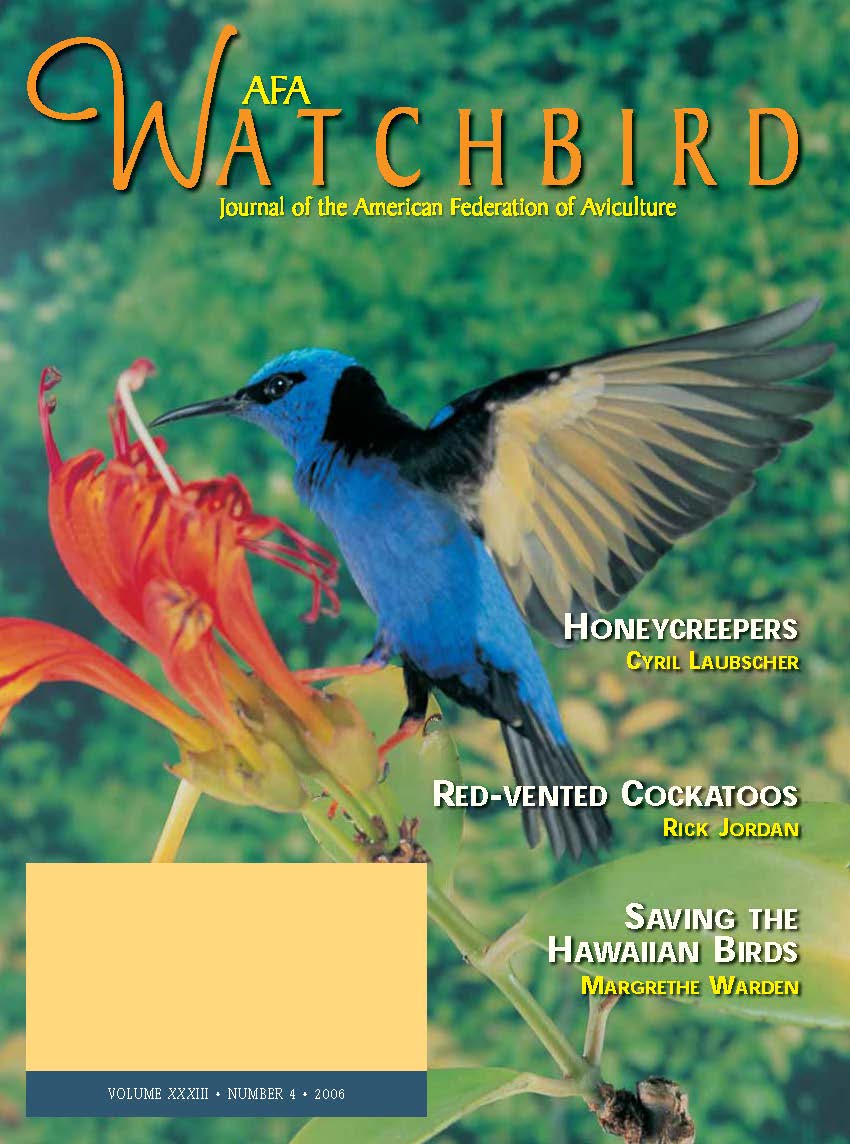 All people should learn fire prevention, preparedness and evacuation. Many bird breeders live in the urban/wildland interface areas because these areas have larger land parcels on which to house birds. Along with the beauty of these areas comes the increased risk of wildfire. California and many other states’s recurring nightmare is wildfire that spreads across the state. In 2003, California had 14 major fires in 5 counties, burning 750 thousand acres, thousands of homes, and killing 24 people. In 1991, 3000 homes were lost in the Oakland hills, CA fire. 97% of wildfires are controlled quickly, while 3% of the wildfires burn so intensely, there is little firefighters can do.

The perception of fire is different for someone who has never been in a wildfire. Most of us do not appreciate the fury of a wildfire.

We need to protect against, and control nature’s wrath. The three components that determine wildfire behavior (start, speed, direction, intensity and ability to control) are weather, topography and fuel. We cannot do much about weather and topography but we can greatly reduce the fuel. In this presentation, I will discuss fire prevention, such as elements of defensible space, preparing for and
evacuation from a fire.

Fire Prevention
Pre-fire activities save lives and property. Making a home fire-safe can increase its chances of survival in a fire up to 86%. A home with an untreated roof has a survival chance less than 4% and fire retarding it will increase the likelihood of saving it by 50%. Creating defensible space will improve the chances of survival from 38% to 78%.

Wildland Firefighting
It is natural for forests to have fire. Conifer, pine, juniper, and cedar are highly flammable. Some trees propagate by fire, spewing their burning seeds great distances and causing the fire to spread. With flames less than four feet, firefighters can use hand tools; 4-8 feet flames require bulldozers and other heavy equipment; 8-11 feet flames require air tankers or helicopters. With flames more than 11 feet, direct fire suppression efforts will be ineffective. Firefighters retreat to other boundaries and attempt to burn out fuels. There are not enough engines to protect all structures in a fire, so firefighters will have to choose which structures have enough defensible space in which to make a stand against the fire.

Establish Defensible Space
Establish 100 foot (300 foot if on a hill) defensible space with a greenbelt of irrigated fire resistant low growing plants. Defensible space breaks up the continuous path of plants that would carry wildfire to your home. It also gives firefighters a safe zone from which to fight a wildfire.