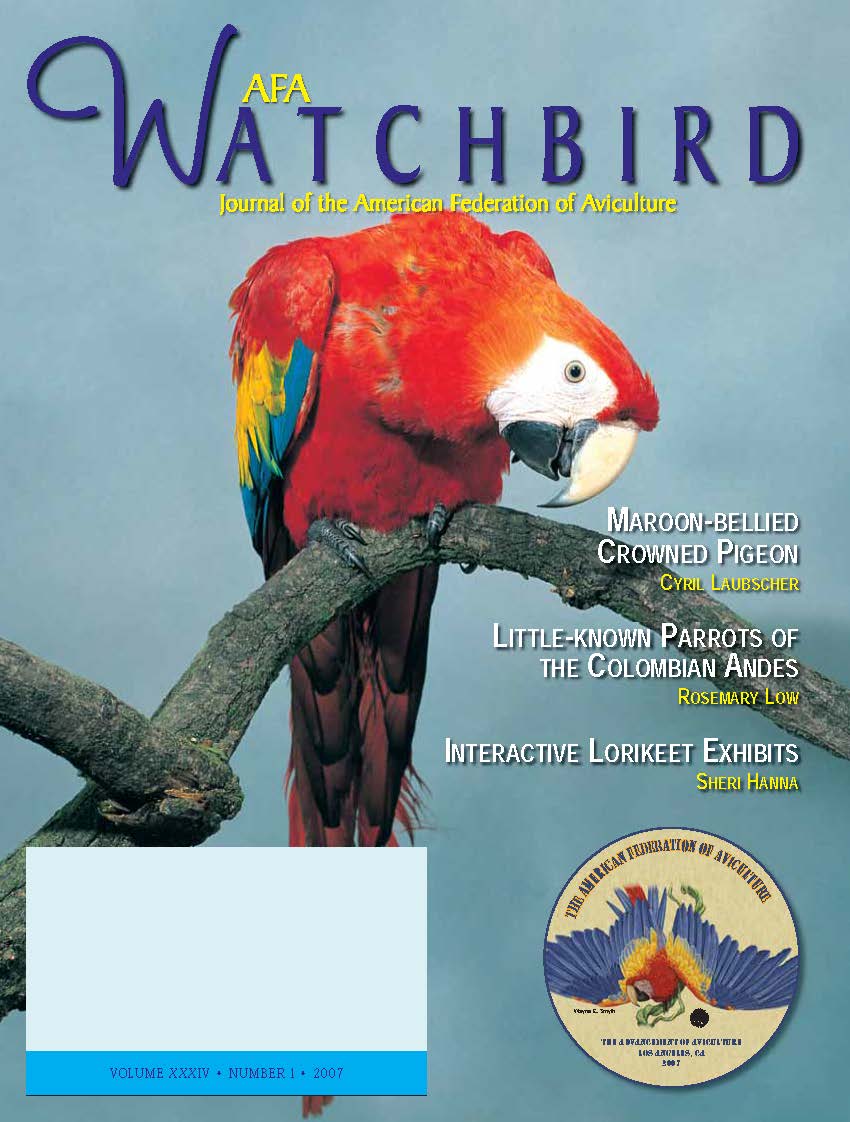 Concerned people in the United States now have a far more accessible opportunity to assume an important role in the conservation efforts for the critically endangered Blue-throated Macaws in Bolivia.

Nido Adoptivop a nest box adoption program, was developed in a cooperative effort between Bird Endowment, recognized for its efforts in captive breeding conservation of the Blue-throated Macaw and Armenia I Laro Parque Fundacion Blue-throated Macaw Conservation Program, the primary recovery agent for the wild macaws in Bolivia.

The loss of suitable tree nesting cavities appeared to be a limiting factor for the populations of hole nesting birds in lowland Bolivian savannahs, particularly the Blue-throated Macaw in the Beni Department, A. Bennett Hennessey, executive director of Asociacion Armenia, told the Bird Endowment's Laney Rickman. He suspects years of grass burning, cattle foraging, past cavity destruction by poachers and human hardwood usage are responsible for the severely limited number of ideal nest cavities in the range.

The boxes were an immediate success, with various species of macaws (and some ducks) possessing the boxes right away. Of the 20 boxes, one was hijacked by wasps and 18 were used by birds; 13 by Blue-and-yellow Macaws, Ara ararauna, three by White-eyed Parakeets, Aratinga leucophthalmus, one by Chestnut-fronted Macaws, A. severus (later expelled by Blue-and-yellow Macaws), and one by Blue-throated Macaws, which laid two eggs. However, the Blue-throated Macaw nest was unsuccessful, possibly because of predation by Toco Toucans, Ramphastos taco, and the box was later used by Blueand-yellow Macaws.

What we previously thought, that the Motacu palm is the favorite nesting site of the macaw, now we believe is more of a last resort. The usage of the boxes appears to indicate that appropriate nesting cavities for the Blue-throated Macaw is a limiting factor in its reproduction and that the augmentation of better nesting cavities can improve the reproduction of the wild populatlon.tsays David Waugh, the Environment Director at Laro Parque Fundacion and, along with Hennessey, a program supervisor of the joint Bluethroated effort in Bolivia.

tfl in every ten boxes we can help one pair of Blue-throated Macaws breed, then we have made a substantial improvement to the population and the macaws..