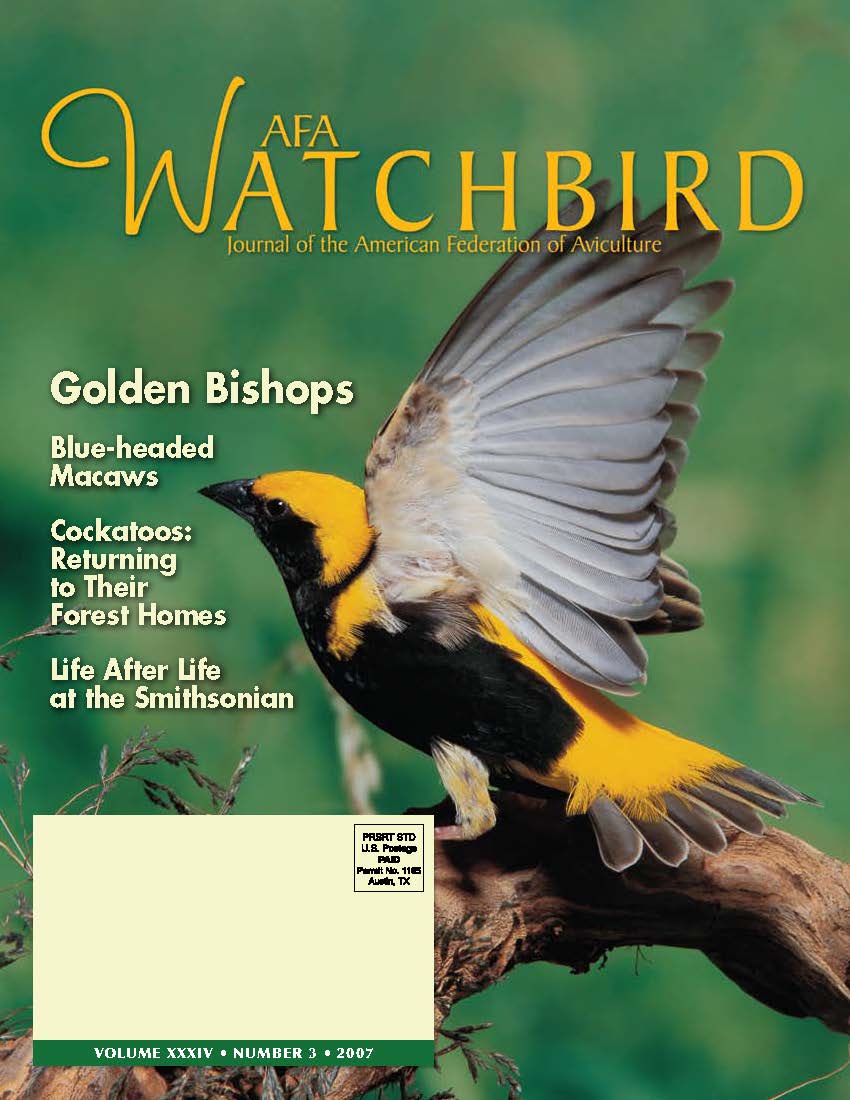 The Blue~throated Macaw (Ara glaucogularis) was first documented in the wild by scientists only 25 years ago, in the region of Beni in north-east Bolivia, even though the species appeared in trade well before then. In 1992 it was immediately apparent that it was almost extinct, heavy trade in the previous two decades, and deeradation of its habitat being the principal causes of its critical situation. To effect its recovery, since 1995 the Bolivian organisation Armonfa (Birdlife International in Bolivia) and the Loro Parque Fundaci6n of Spain have been conducting the Blue~throated Macaw Conservation Program. A fundamental element of the program has been to search for the macaws, a daunting task in a region of 213,654 km' of seasonally flooded plains, and by the turn of the century still only 36 wild macaws could be counted, in areas to the north and to the south of the regional capital Trinidad. No official protected area yet exists for this species, and the program team works with the local cattle ranchers and law enforcement agencies to develop and apply protection measures. Together with the reqion-wide awareness campaign, these measures are gradually producing positive results, discovering more locations with macaws, expanding the known geographical range, and increasing the population. By early 2007, the wild population stood at between 150 and 250 birds, each known site having a few individuals.

However, the Loro Parque Fundaci6n recently donated a new vehicle for the program and the Armon fa team immediately made sensational discovery of 70 Blue~throated Macaws in a single roost on a ranch to the west of the main river, the Rfo Mamore. Together with a some other new sites of a few macaws each in the same region, the big discovery increases the latest population estimate to between 250 and 350 birds. Although still classified as a Critically Endangered species, the signs are now less critical for the Blue~throated Macaw.