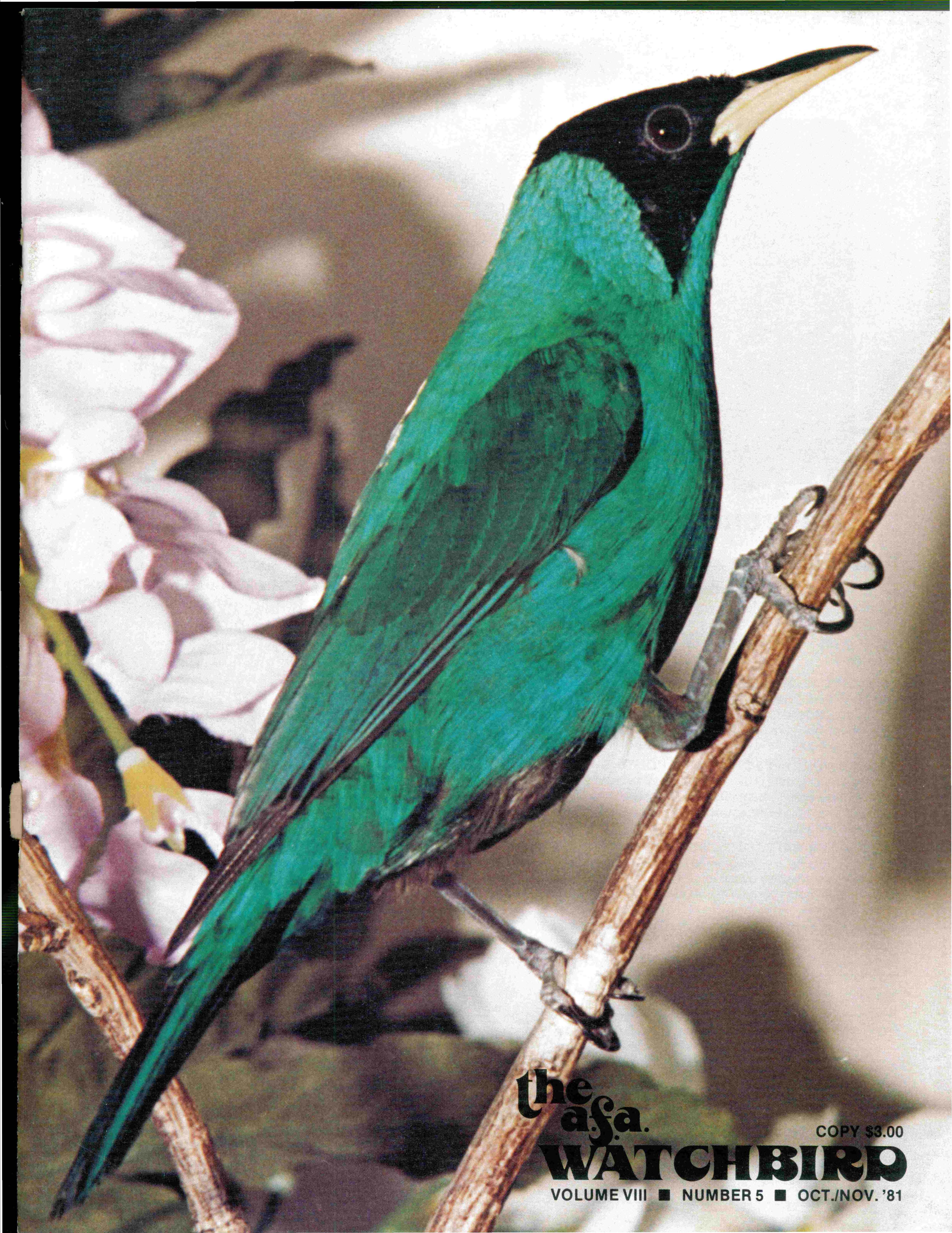 Bird breeders are constantly being rewarded for their patience and hard work as they observe a bald, helpless, baby bird develop into a beautifully feathered adult. The rewards are much the same for the pet bird owner, who after repeating the same phrase for what seems like an eternity, finally hears a little echoing of those words.

My experiences are with a budgerigar, a cockatiel, and a blue-naped parrot - all males. In a two-year period the budgie and the cockatiel reached vocabularies of 225 and 90 words respectively. The parrot, who is just a year old, has a 50 word vocabulary. What follows in this article are the training methods that worked for my husband and me.

We purchased all of our birds from breeders, who were able to tell us a little about the birds' backgrounds and, most importantly, their exact ages. The younger the bird, the better. The earlier that they are removed from other bird sounds, the sooner they will imitate human sounds, hopefully talking. Our budgie, Buddy, was six weeks old when we got him, and he said his first words within a month. Mork, the cockatiel, was eight weeks old, and he said his first phrase in exactly one month. Gandy, the parrot, was five months old, and, although he was attempting to talk, nothing came out very clearly until almost six months later.

One At A Time ("Planned Parenthood")

Something that many people fail to realize is that greater success can be had if only one bird is trained at a time. The wise old breeder from whom we purchased our budgie told us to wait a year or so before getting a second pet bird. So many times people buy two pet birds together "to keep each other company." This is a problem - as long as the birds can communicate with one another. they have no need to communicate with people. However, if the first bird is talking when the next one joins the family, chances are he will help to teach the newcomer to talk. We had Buddy, the budgie, for a year and he had about a 100

word vocabulary, when we brought in Mork, the cockatiel. Mork played the typical "little brother", always paying attention to Buddy, thereby acquiring a good portion of Buddy's vocabulary, even to the extent that he says "my name is Buddy".

It is essential to speak slowly and clearly. Before the bird can repeat what you say, he must hear what you're saying. We chose two short phrases, "pretty bird" and "gimme a kiss", and, although not very original, they were easily learned. Every time I passed Buddy's cage, I'd stop by and chat with him for a few minutes, always being sure to pronounce each syllable very carefully. In approximately three and onehal f weeks, we heard him mumble "pretty". A few days later, it turned into "pretty bird" and the next week, he said "gimme a kiss". From there on, it was all downhill. The first words are always the hardest.

Make Them Part of the Family

The location of the bird's cage can make or break him as a talker. You can't hide a bird in a bedroom or an attic and expect him to talk. Ours are kept in the living room or family room, where we spend most of our waking hours. Although they do have their privacy for some of the day, they are still in the midst of most of our activity, especially in the evenings. In this way, they frequently pick up words or phrases that we are not really trying to teach them, but are words that they hear often.

Do not be afraid to get close to your bird to talk. Buddy enjoys resting his beak on my upper lip to listen as I speak, and if you don't hold him there, he'll flutter in front of your face or hang from the top of your head until you do. Each bird, we have found, seems to have his own way of listening. Mork will either hang on the side of his cage giving his full attention, or he'll spread his wings, tilt his head to one side and strut back and forth along his pearch (not unlike courtship behavior). It's ob-

vious that he's listening intently, because he'll often join in along with me. Getting

· close to the bird ensures that he's hearing what you're saying, even if he doesn't always appear to be paying attention. Emphasis and Expression

It is clear that those phrases which are said loudly, emphatically and expressively are picked up rapidly by the birds. "Don't bite!" was learned very quickly by all three of our birds. This also accounts for the cursing that many birds do. When is there ever more emphasis than when you are angry?

I normally exaggerate my expression slightly, as it gets the bird's attention. It is boring to listen to a speaker that talks in a monotone. In our experience with the birds, a voice with expression makes them alert and attentive.

When training a bird, repetition is necessary. The same phrase must be said in exactly the same way each and every time, otherwise the bird wil be confused. Therefore, a little planning is necessary - decide what you want to teach the birds and be sure that each member of the family uses those same words. We have found that they learn better if one person is designated as the "trainer". All three of our birds respond better to my voice than to my husband's deep voice, although the budgie and the parrot have imitated both voices. Their interpretation of the deep voice is very gruff and not nearly as clear.

In order to maintain the large vocabulary, it is necessary to review periodically all of the phrases that the bird knows. I keep a list of words and phrases for each bird so I can easily review with them all that they know. Whenever they have mastered a new phrase, I will begin to concentrate on teaching them another. Usually I attempt to teach them several at a time,

so they do not get bored. Most of the "training sessions", however, include a review of the bird's "repertoire".

This review principle especially applies when teaching them long sentences. Buddy, for instance, learned the entire rhyme, "One, Two, Buckle My Shoe". We taught him one line at a time. When he learned the first line, we began the second, when the second was learned, we began the third, and so on. With each new line that was taught, the previously-learned line(s) were recited in the correct order, so that by the time we got to "Nine, Ten", he knew the entire rhyme and always said it in its proper sequence.

While it may seem odd that listening plays an important part in training birds to talk, it is in fact, one of the most important parts. You must first become aware of what your pet is attempting to say. Their initial tries at words are not too clear, so it is important to listen closely to hear what he is trying to say. Then you can concentrate on that particular word or phrase until it becomes entirely clear. It is remarkable how plain their muffled attempt can become. A lot of patience and a good ear on your part can make all the difference. Whistling

We never whistled to any of our birds and requested that no one visiting us whistle to them until they learned to talk. Whistling is easy for them, and they seem to prefer it to talking. We have found, however, that once they are talking, teaching them to whistle does not seem to hinder further talking progress.

Although our birds always had plenty of toys in their cages, we never let them have mirrors until they were talking. The same principle applies here, as having two pet birds purchased/trained together. Once they were talking, I gave them mirrors, and now they tell the "other bird" all the exciting things that they know how to say.

General Differences We Have Found In The Species

The budgie learned the fastest, and is the clearest. He once learned a short phrase within one day. He is the best at remembering the long phrases and can say several complete nursery rhymes. He has no problem with any of the letters of the alphabet, saying words like "Pittsburgh", "beautiful", "sweetheart", and "ventriloquist" very clearly. He has learned everything we've tried to teach him, including his name, where he lives, rooting for the Pirates and the Steelers, saying "ouch" when he bites us, "laughing" with us and imitating our coughs and sneezes. He has

The cockatiel learned fairly easily and, although he does not possess as large a vocabulary as the budgie, he enjoys repeating after you any of his words or phrases. He likes to talk to objects, and will chatter on a mile a minute to any item that is held in front of him. He seems to have a little trouble with the letter "s" and slurs over it at first (it clears up with practice). lf 1 start a phrase that he knows, he will finish it. He did not learn new words as rapidly after he became a year old.

The parrot has just turned a year old, and he is learning very well. The BlueNaped Parrots have a reputation of being non-talkers. According to Rutgers Encyclopedia of A viculture, "Lord Tavistock had a cock only and found it tame and friendly and apparently trying to talk, but its voice was so hoarse and indistinct that it was impossible to distinguish any words it repeated." We have found this to be incorrect, as our parrot has a voice exactly like mine, and it is quite clear. It is very likely that the woman's voice makes a difference - as I stated previously, his interpretation of my husband's voice is very gruff and unclear. Like the cockatiel, he has some trouble with the letter "s". It is especially evident with the parrot that birds' speech is strictly for attention, as he normally talks the most when we are out of the room.

They Don't Know What They're Saying?

It is a fact that birds are merely imitating what they hear, and although associations can be learned to a degree, they do not actually know what they are saying. At times, though, their timing is so perfect, that it becomes quite difficult to believe that they don't understand.

On one occasion, we were babysitting a friend's pet budgie, Our budgie flew over to the top of the other bird's cage, looked down in at the bird, and asked, "Do you· want to come out?"

Mork faithfully greets us every morning (and never at any other time of the day) with "Good morning". Once as I was going out the door, he asked, "Where are you going?" and I felt obliged to tell him!

Recently as we were doctoring Mork for a respiratory problem, our parrot asked from across the room, "How are you feeling, Mork?"

I feel that every bird has a little personality inside him and it is up to us to work with him and bring it out. Pet birds can be an endless source of entertainment and enjoyment. It is the nicest feeling to walk into a room and have a little voice say "Hi" or to sneeze and have one say "God bless you". How many other pets can do that? •