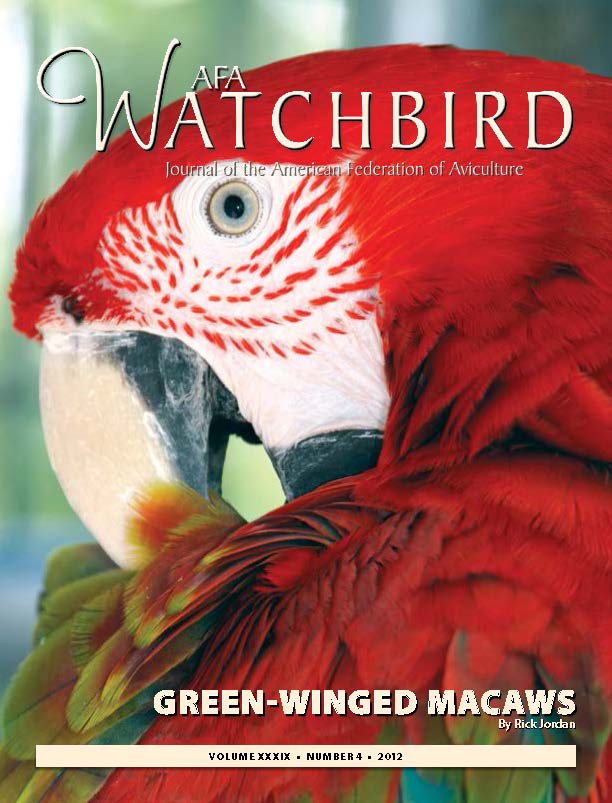 P arrots are often described as inherently difficult companion animals. However a well behaved pet, whether it is a bird or mammal, is often in reality the result of good training and not necessarily the animal's genetics. When caregivers are armed with this knowledge, they are empowered to teach their birds to be wonderfully well behaved.

Well behaved birds are often thought of as ones who will readily respond to our requests for various behaviors. They are cooperative and eager to engage. Creating a parrot that can't wait to present good behavior is the result of training with positive reinforcement. When we reinforce an action, we are increasing the likelihood our bird will do

to walk or fly away will make him more likely to participate in the future.

Some caregivers may feel compelled to force a bird Photographs by Barbara Heidenreich to comply with a request.

Unfortunately this often causes a bird to be even less cooperative. It can also often lead to a parrot resorting to aggressive behavior to cause the unwelcomed coercion to stop. In other situations it will cause the bird to retreat and be even more likely to avoid the caregiver. Aggressive behavior and fear responses are not something we typically associate with a well behaved parrot. The good news is by empowering our parrots to choose and refraining from using force

we can avoid these problems altogether.

ent behavior we request. It may take a little time at first to build some history of your parrot presenting desired actions and getting reinforced for them. But once your bird understands his choices are resulting in things he enjoys, he will be eagerly present-

ing those behaviors again and again.

When we think of behaviors a well behaved parrot might present we find that in reality the list is quite short. In many cases caregivers would be extremely satisfied if their parrot would present the following five behaviors:

• Go back into the cage

Unfortunately for some birds these are difficult behaviors. This is often the result of information that has advised parrot owners to force a parrot to comply or obey. Caregivers have also been told to dominate parrots and show them who is boss. We now know these strategies have lead to many of the behavior problems typically seen in companion parrots such as aggressive behavior and fear of hands. In the following section a more trust building approach is described for each of the five behaviors.