Sex Life of the Parrot 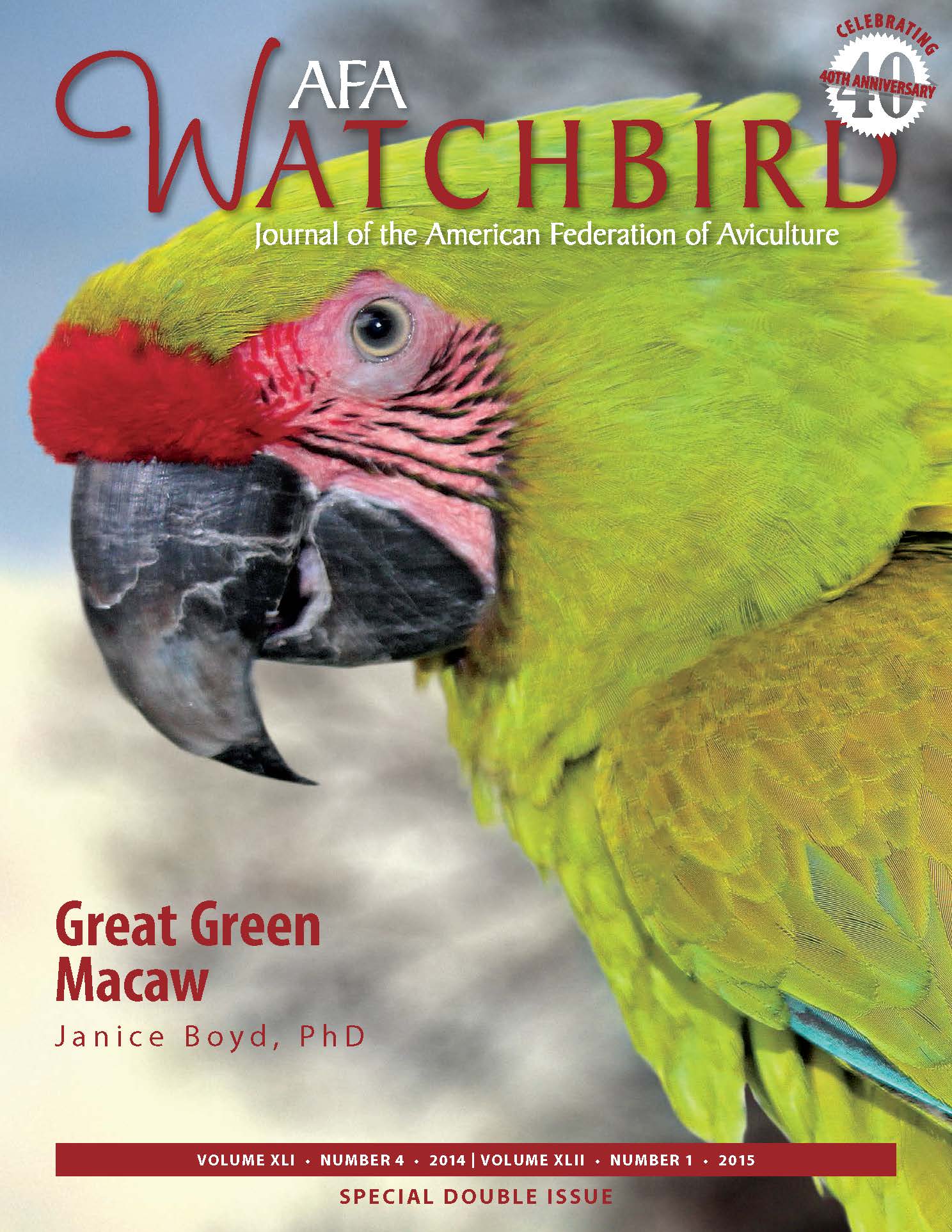 Humans in general, but not learned aviculturists like ourselves, have tended to cast the parrot solely in the role of a boisterous, flamboyant companion with an array of clownish antics for our amusement, but we know that role is insufficient and unworthy of this avian companion. In real life parrots are masterpieces of animal design, with private lives full of fascination and, in many cases, mystery. We know parrots reproduce, and in fact we probably know where our particular pet parrot(s) came from as aviculturists. The breeding and keeping of parrots is our avocation. We know parrots pair up, but what do we really know about their sex lives?

We have witnessed, more often than should be necessary, how our dogs and farm animals do it, but do parrots do it that way? Parrots are not mammals, and unlike mammals, appear to have no external sex organs, which may be why they seem so safe to be seen in the presence of children, if it were not for those beaks! Parrots and most birds appear to keep their sexual apparatus hidden away.

Startling as it may seem to us male folks, male birds of most species manage to engage in sex without a penis. The peculiarity of that knowledge lies in that fact that those birds are not like most animals. Parrots and most birds have been excluded from an otherwise very large and inclusive category which includes all mammals and many insects, reptiles and some fish.

Such an appendage is rare in birds, though not unknown. In non-mammals, these protrusive male thingamajigs are not all called penises; the word by its strict definition is specific only to mammals. Biology has different names for penis-like organs in different animals, but the generalized term for all the different types is: intromittent organs. These intromittent organs are designed to project, or intromit, sperm from the male body into that of the female.

Therefore in most bird species, the male lacks an intromittant organ. Instead, those birds do their mating cloaca-to-cloaca, a somewhat crude but workable arrangement that has been described as roughly resembling the joining of two vacuum-cleaner hoses.

The cloaca is an all-purpose passage through which a bird expels urine and feces, as well as sperm from males and eggs from females. To fertilize ova, the male and the female must connect their cloacae, which isn't an easy feat, especially on a tree limb, because the cloacae are situated under the tail, at the bottom of the abdomen. The male mounts the female from the rear; she moves her tail out of the way and twists her abdomen sideways. He then curves his tail and abdomen downward and they both invert their cloacae to achieve copulation.

With 300+ species of parrots, it is not too surprising to find one parrot that deviates from the norm. That parrot is found on an island nation located in the southern Indian Ocean, off the coast of Africa. The Vasa Parrot (Coracopsis) consists of at least two species which are endemic to Madagascar and nearby islands. In addition to their appearance, which includes extremely truncated bodies, with long necks, black to grey feathers and a pinkish beak color, the skin of both female and male Vasa turn yellow during the breeding season. And there is often noticeable feather loss, which in females can result in baldness.

What is really unique from a sexual perspective, is that the male Vasa's cloaca is able to invert into a unique (somewhat reptilian) hemipenis, which becomes erect during mating - a startling feature to those of us familiar with breeding parrots and which, of course is even more unique to most birds and the single rare exception among parrots. The phallus is associated with prolonged mating. Many of you have seen dogs in what is called a copulatory tie during mating. Swelling occurs which can last from a few minutes to an hour. I assume this is a biological method to make sure there is a consummation of the mating. Oddly enough it is the...

Harrison, Kit and George, Birds Do It, Too Willow Creek Press, Minoqua, WI. 1997.